Saturday around the old town 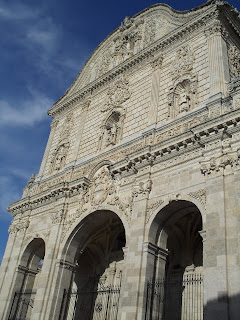 Me and my boyfriend went for a 2 hrs' walk downtown in the old town yesterday.
He showed me lots of things I had never paid attention to, eventhough I've been living in Sassari for almost 6 years now (he lives in the old town with his brothers, but at night time, that's not the best place for a lone girl).
Anyway, this is the town's Cathedral, it's named after San Nicola (Saint Nicholas). 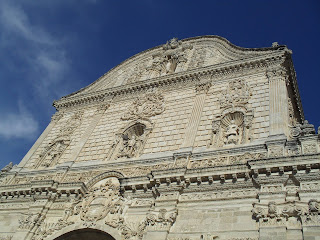 Its construction was initiated in the XIII century, in true romanic style,
however due to many vicissitudes its construction finished between the XVII and XVIII century, especially works for the front. That explains the true baroque style you can see in the above pictures. It's intricate and beautiful. 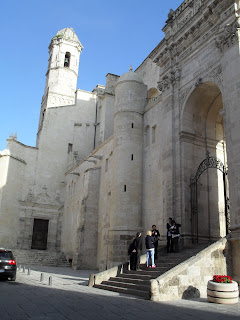 Older parts of the Cathedral, you can see how the style has changed through the years (this is an older part). 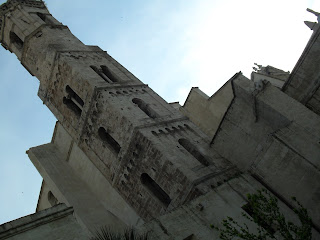 I could not get in, as there was a mass taking place at that moment, and I wanted to have respect for all church goers, as I am an atheist, and it wouldn't be nice of me to take pictures while they prayed. I know better than that. ;)

I hope you liked the pictures, I liked yesterday's afternoon very much (of course, I had great company eheh)

for business purpuses at krucialsteez@hotmail.com